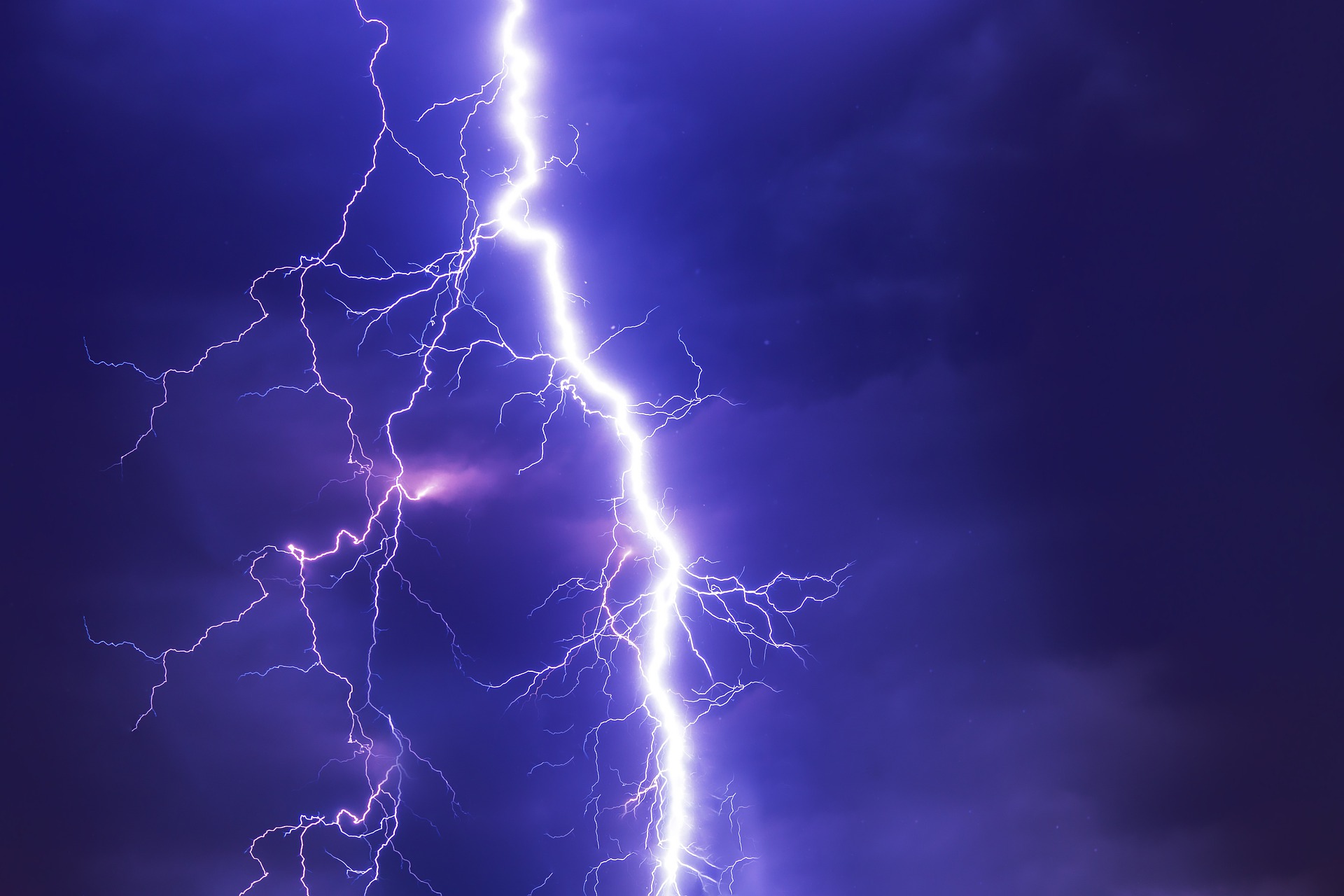 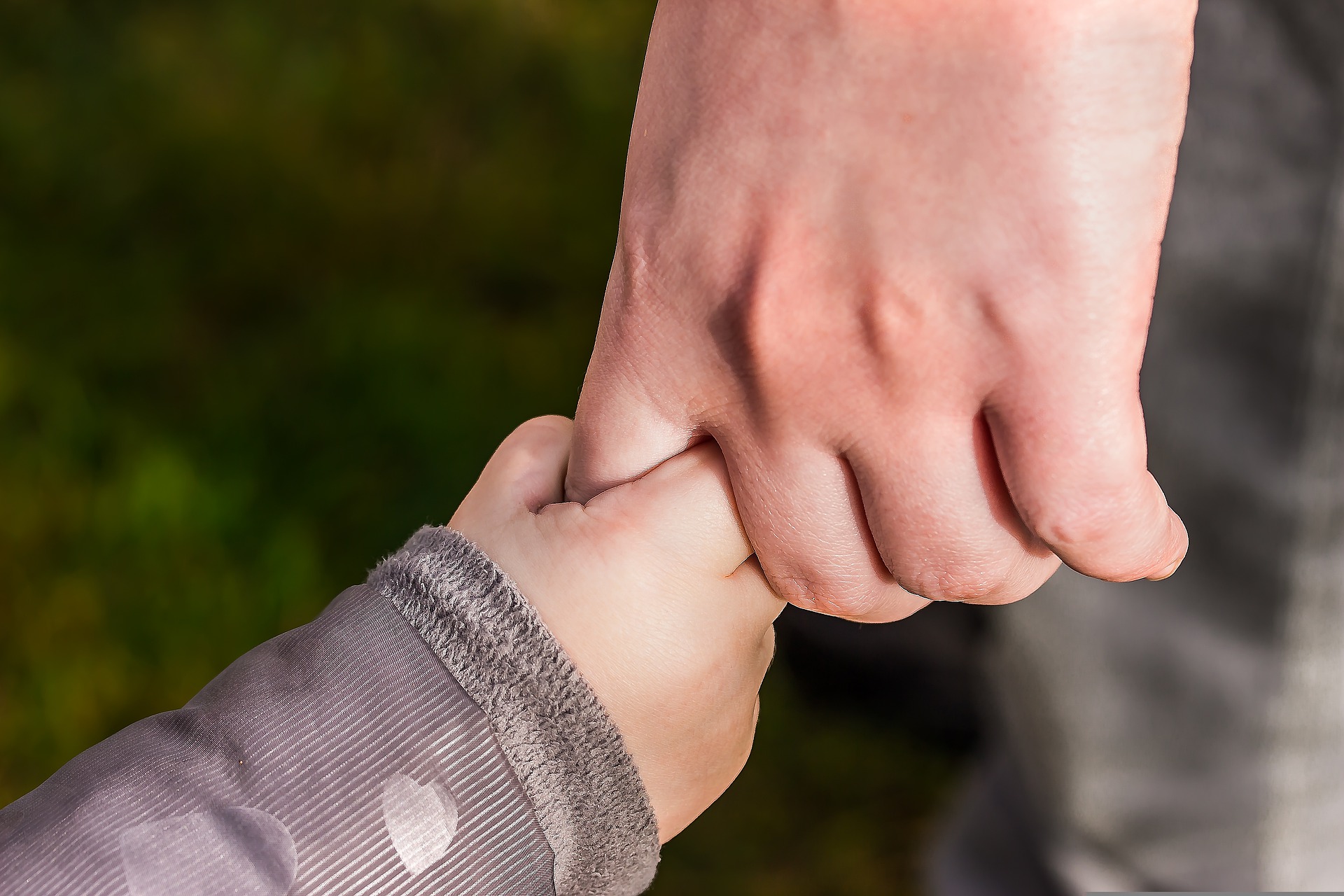 More and more in my life, I feel the grace, kindness, and compassion of God. How He gently guides me into a way of Being that is more open, receptive, and full of a kind of joy that is not tied to anything in particular. It just IS because HE IS!

I say this with as much kindness and compassion as I can muster in my own fleshy heart. We are so eager to see signs, miracles, wonders. Yet in reality, how much of His goodness are we truly prepared to handle? I mean right now, amidst the “to do” lists, the health crises, the dirty dishes in the sink, the bills piling up, the stresses, the worries, the million things tugging at our time. We are so ready yet so deathly afraid of the healing that His mere presence brings.

I speak boldly because I speak to myself most of all.

We are products of a TV-culture, the big screen, the amusement part. Need I say more? Whether you are a Christian, a Muslim, a “spiritual adventurist,” or a self-proclaimed nothing at all, we have all grown up in a “wow me” culture that expects “oohs and ahhhs” out of everything, including the movements of God.

First of all, there is movement in God. It happens all around us, a thousand times a day, in the most ordinary moments…brushing your teeth or taking out the trash…and in the most extraordinary times, like the instant your son or daughter says, “I do” and you know that your own life, as well as theirs, is changed forever.

In the wind, in the sun and stars, in the hearts and minds of people — each of us, Christian or not—get to experience these little “truth bombs” that go off a thousand times a day. They are the little bursts of ideas, inspirations, insights, and “what ifs” that whisper to us throughout our day-to-day existence.

Of course, that “other part” of us immediately chimes in.  “Oh no, I could never…”

Odds are, if it is an act of joy, kindness, grace, mercy, forgiveness, or celebration for yourself or others which that “other part” is trying to talk you out of, the idea probably came from God!

There are miracles happening every day all around us and through us. They are small, beautiful, graceful, unassuming. And they have the potential to change the course of our lives forever.

If we let them. 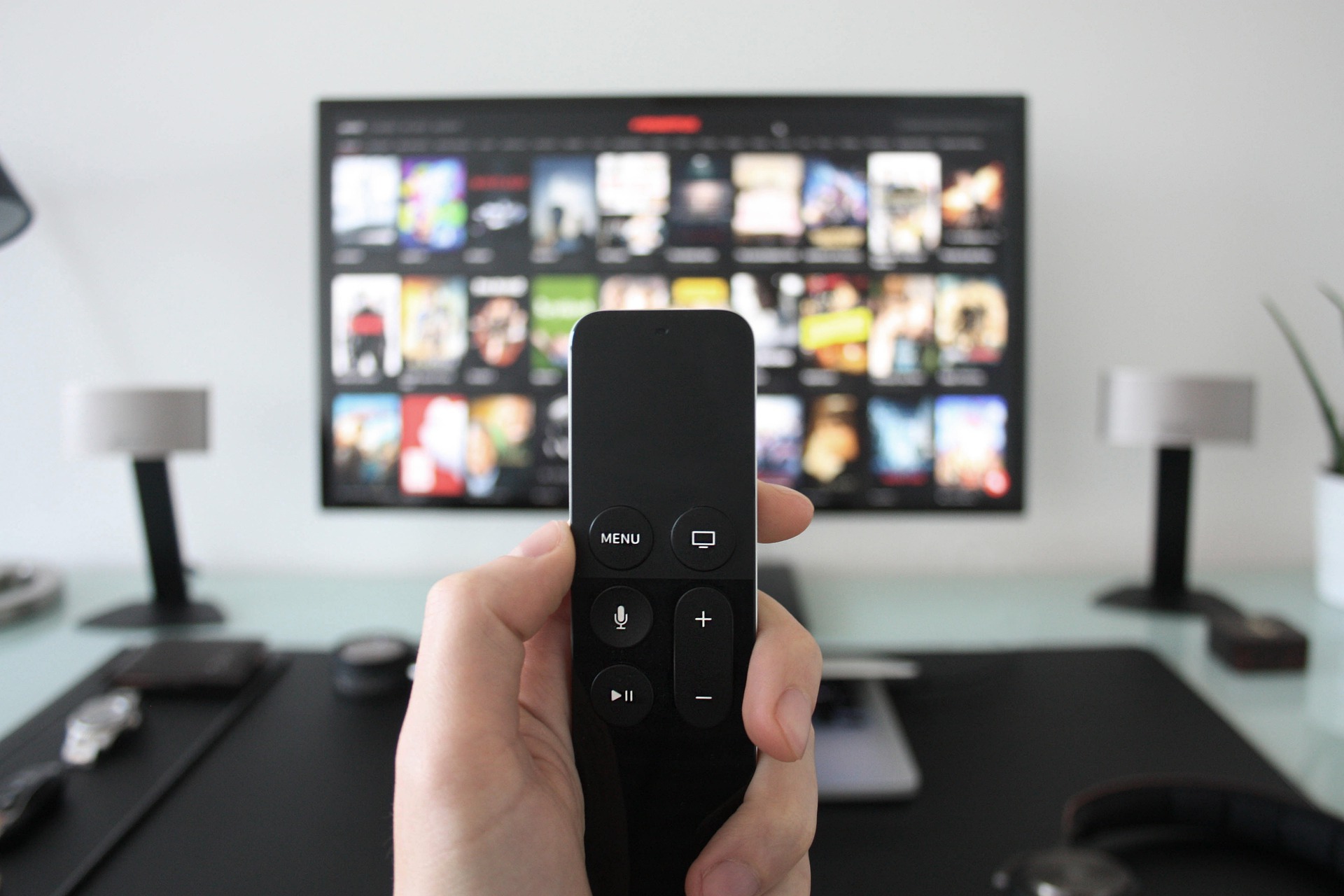 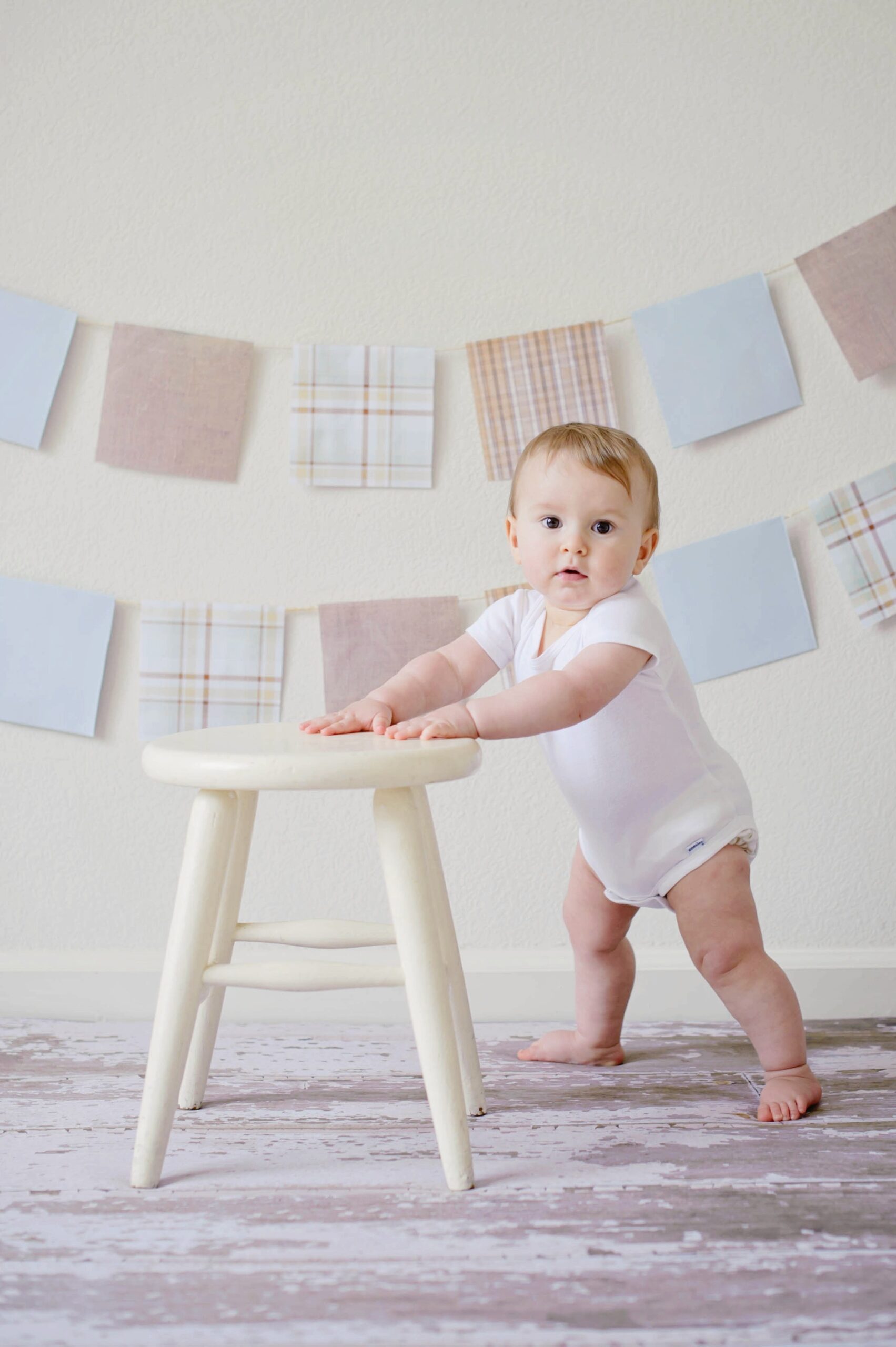 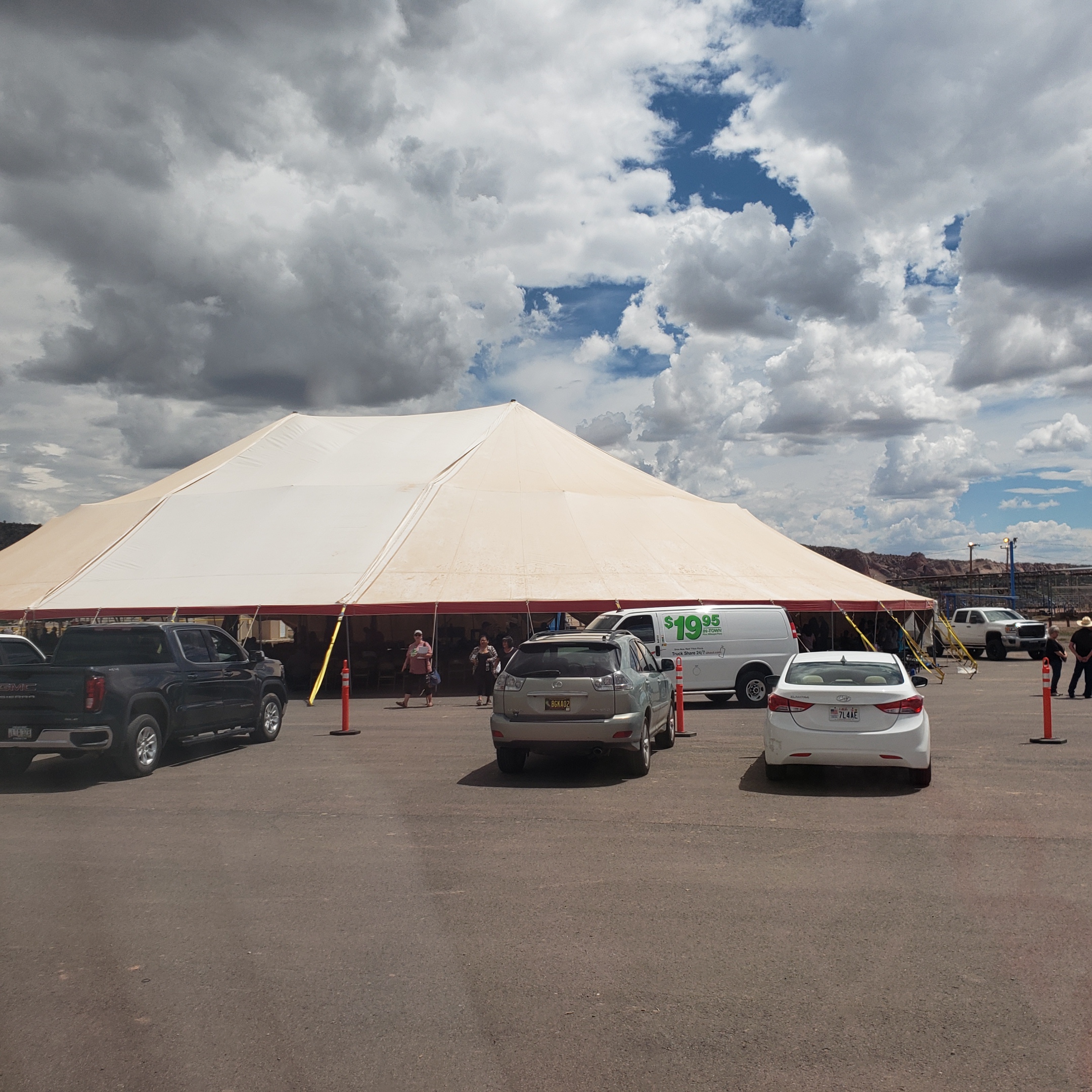 Like babies being introduced to the smooth, cool, solid tile floor beneath us as we take our first wobbly steps, Yeshua gently guides us into His world of miracles step by step.

Enter scene 1. It’s me at the Gathering of Tribal Nations in Window Rock, Arizona in early August, 2022.

There we were, the bun and I and our “trusty steed” Winnie the Pugh, a 1993 Toyota Warrior RV, our sturdy ride and also our home. The puffy white clouds circled and there was the slightest hint of rain as we pulled into the commercial heart of the Navajo Nation. It wasn’t hard to find the big tent. The top of it hovered over the rest of the buildings in the center of town like a giant cream-colored blanket.

It was our very first foray out of Pine and our first official “shakedown trip.” If you want a recap of how we got there, be sure to read THIS POST!

“Masks Mandatory,” the sign said in front of the Basha’s grocery store.  I soon learned that a mask mandate has just been re-enforced on the res.

I guess I won’t be doing any shopping today, I thought.

Instead, I pulled into the parking area earlier than expected and found a flat space where I could hear and see the goings from Winnie’s top bunk. Then I got to cleaning, arranging, and opening windows, only to shut them again as the sun continued to blast in. Soon, it was baking inside the little RV, but the little fans offered some relief.  I was ready to whip something up to eat for me and the bun and take a little snooze. I would only be there for one day and I wanted to be well rested for whatever was about to take place.

That sound. How to describe? It was cosmic, yet familiar. It brought peace, yet it was full of a chaotic celebration as well.

It was a low tone for the most part, with fluctuations up and down, as if whoever was making it was trying to communicate with us. Before I go on any further, it should be noted that the tones that had all of us floored, literally, under the big tent were not being played by any of the musicians on stage. Nor the drummer, the backup singers, the bassist, the keyboardist, nor Robin Bullock himself, who came on earlier in the evening with guitar swinging, rocking out from the get-go to a seriously righteous beat on any account.

The look on Bullock’s face was kind, peaceful, inquisitive, and curious. Dare I say, gentle? Listening. As if his sole intent was to not just hear but thoroughly absorb what was coming out of the loudspeakers, reverberating across the guitar strings, yearning to be heard and understood.

It was as serious as it was playful, those fluctuating tones that reverberated out across the expanse of the big tent and into the atmosphere of Window Rock.

I heard in the Spirit, when hearts are true, the Presence of God is manifest.

I felt a woman’s hand, warm and soft, on my shoulder. She held out her hand to help me up. I took it and got to my feet with a wobble. I looked around me before settling my gaze in her direction.

“You stand in your authority and your identity in Christ!” She was adamant, although she did not know me from anyone else in the crowd. She looked right into my eyes as she said it. “LOVE is your weapon! Wield it wisely, lavishly, greatly, powerfully! All you need to do is LOVE and no demon can affect you…ever!”

I gave her a hug and she disappeared into the crowd.

Baby steps, held by the father, eager, giggling, we walk in Abba’s arms across the cool tile floor of heaven. 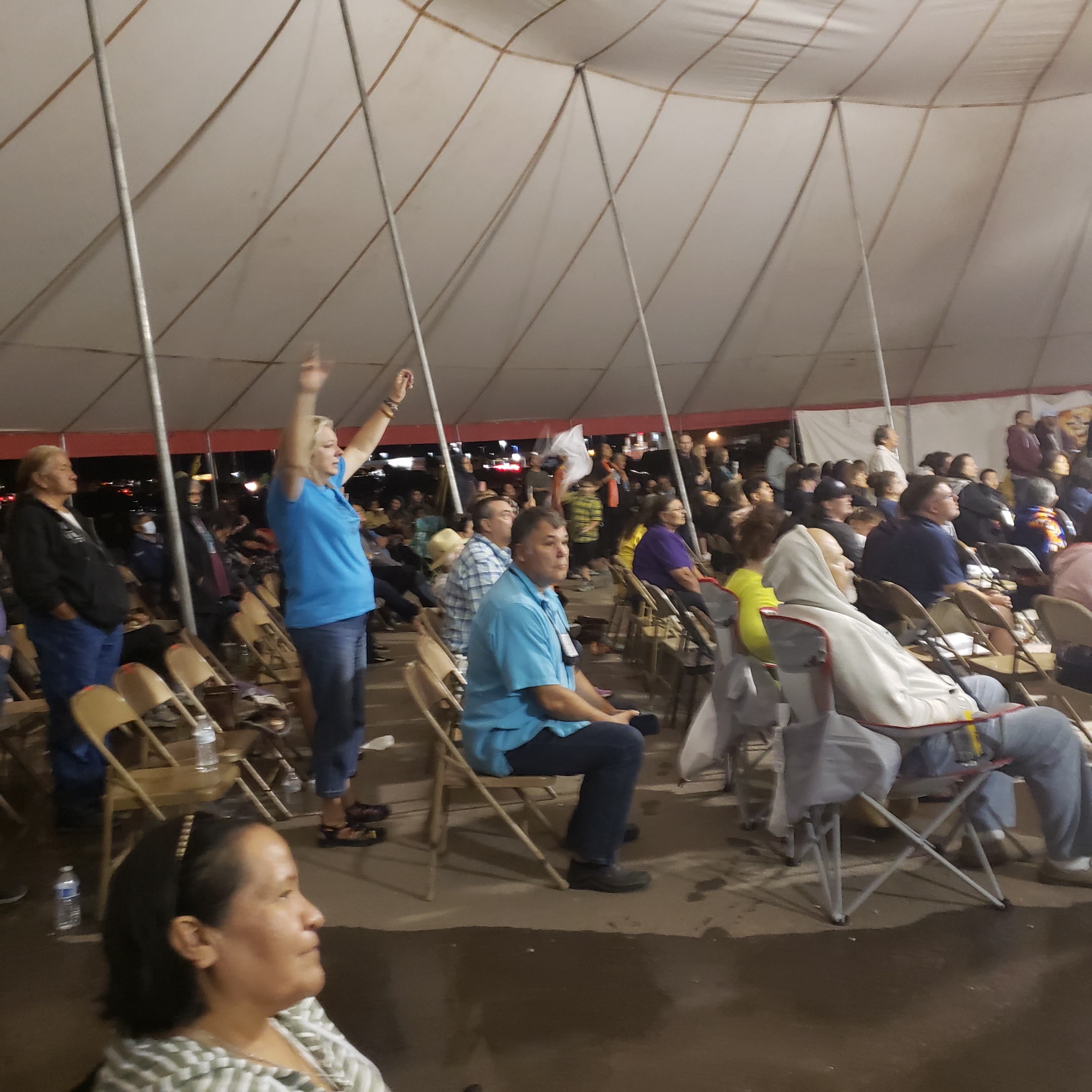 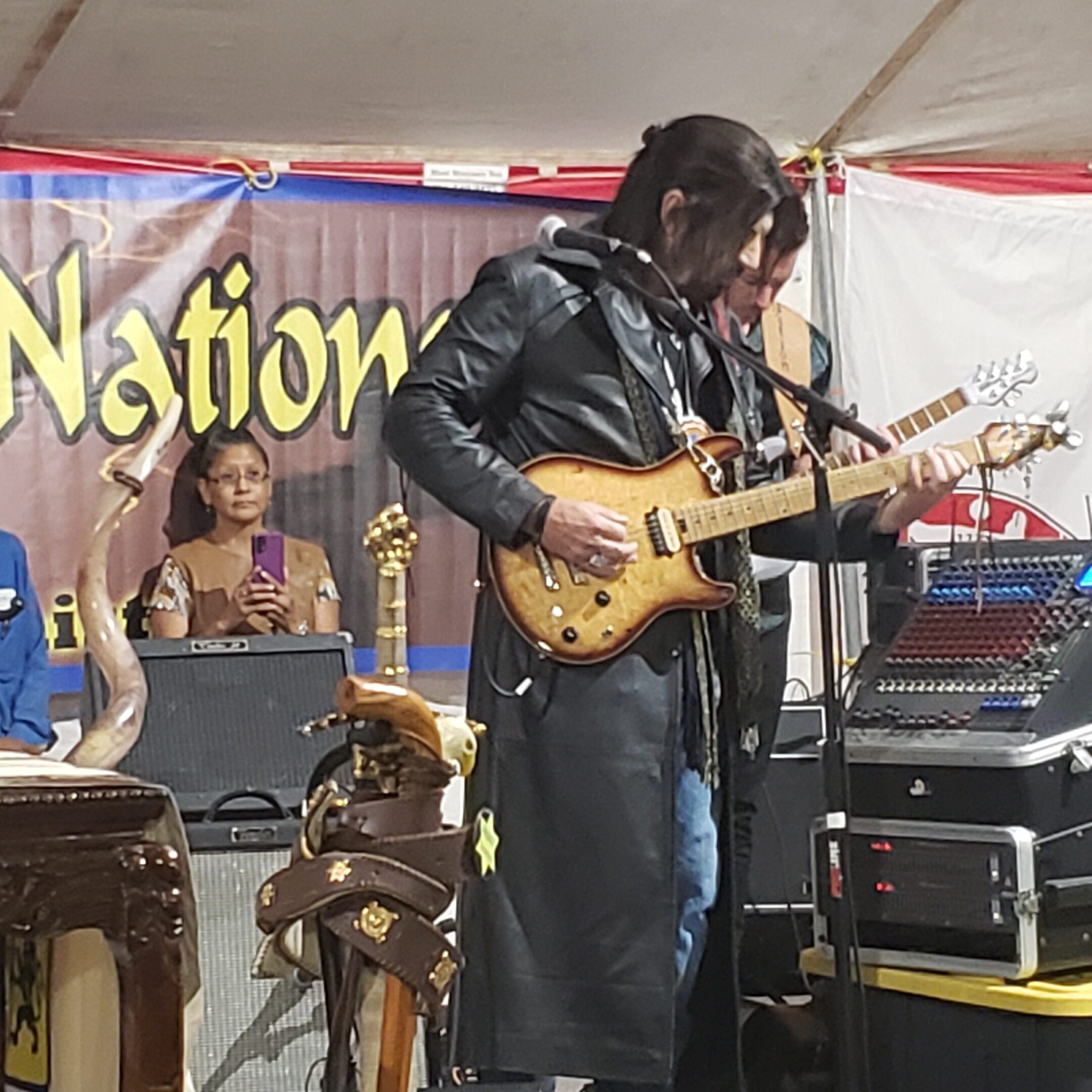 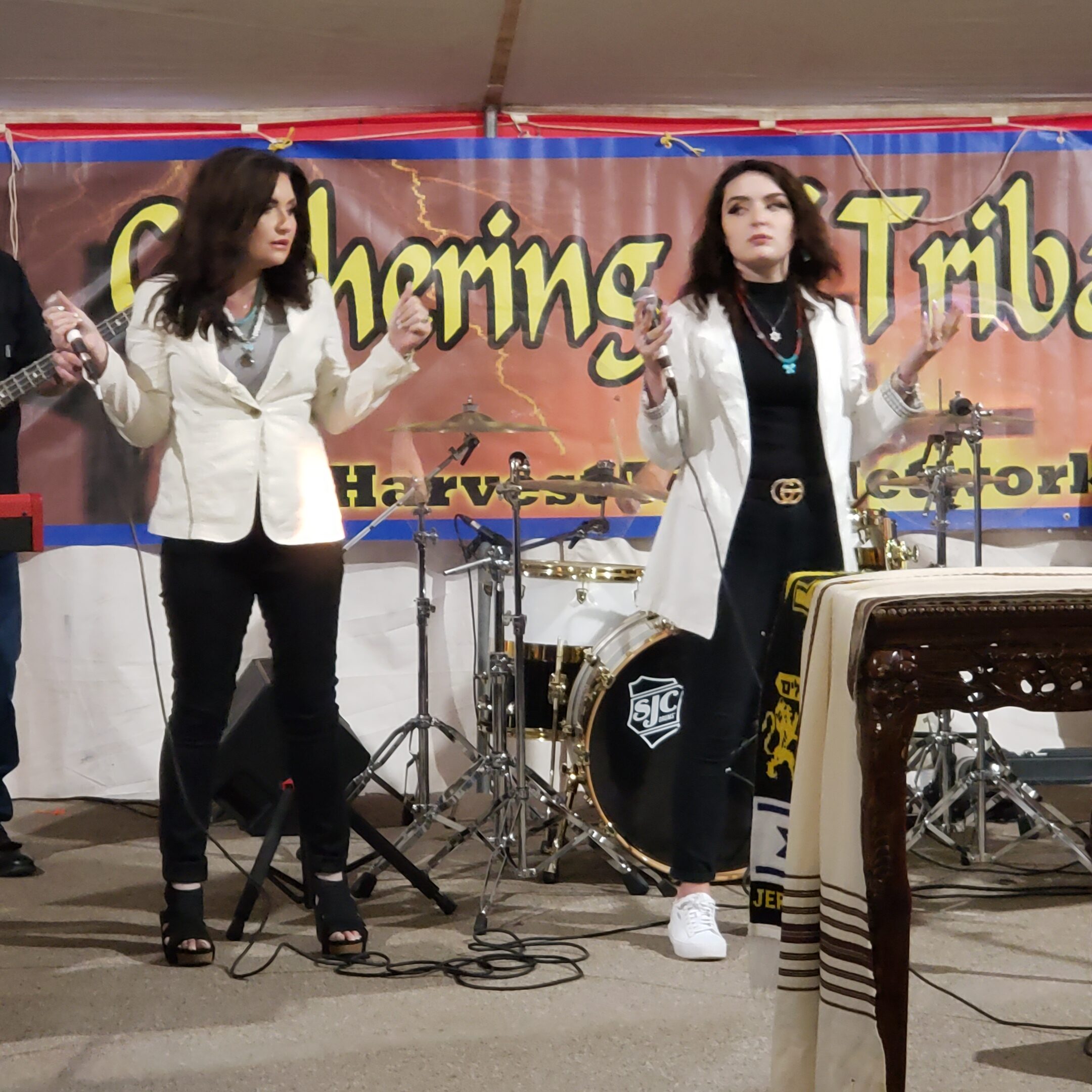 Then suddenly the sounds that resonated all around me began to intensify. In the distance, I could hear wails and shouts of joy and laments and thrashings and jumping up and down and singing in tune to the cosmic tones coming from the stage.

Flashes of remembrance— truly, a spirit remembering who she is, a being of joy and purpose, unencumbered by the things of this world like debt and fatigue and mosquitos.

In a flash, I entered into that reality. I was home and I was in celebration! Woohoo! It’s a Jubilee! The Word, and my mission within it, was clear.

Then, in another instant, I was back down in this reality, so immediately familiar with its eyebrow-piercing worry and stark awareness of how truly confused the mind can be when face to face with God’s terrain.

Where am I? What the heck am I doing? What is going on? Am I losing my mind? Am I doing this right? Who is watching me? Is this being filmed?

Then right back up to the Throne of Heaven, where trumpets sound and …again…

It was a back-and-forth communication beyond words, between fleshy humans and cosmically mapped angelic orders, shimmering in their constant tones, their golds and sky blues and pure pearlesque whites so vivid and so real to our spiritual eyes.

Somewhere in the middle of it all, the rain came down in sheets. It was a drumbeat of water on the canvas tent as the low tone got lower, the wailing and calling of the crowd got louder, and Robin’s quiet assurance came as a whisper and a declaration from the stage.

It was a war cry of celebration from heaven, there was no doubt.

Territory was taken back that day. It had already been done with the Cross so long ago, and also again at that very moment, with our agreement and acceptance of the gifts from heaven, so readily given to our true hearts whose worship became as powerful and as mighty as any sword.

From thrones and mounts and arenas where trumpets sounded, the tones came out of the heavens to manifest for us, to us, and most importantly, with us.

Tones from the Father himself. For the people.

We worshipped together that day.

The sound of heaven invade the earth at the Navajo Nation, August 6, 2022 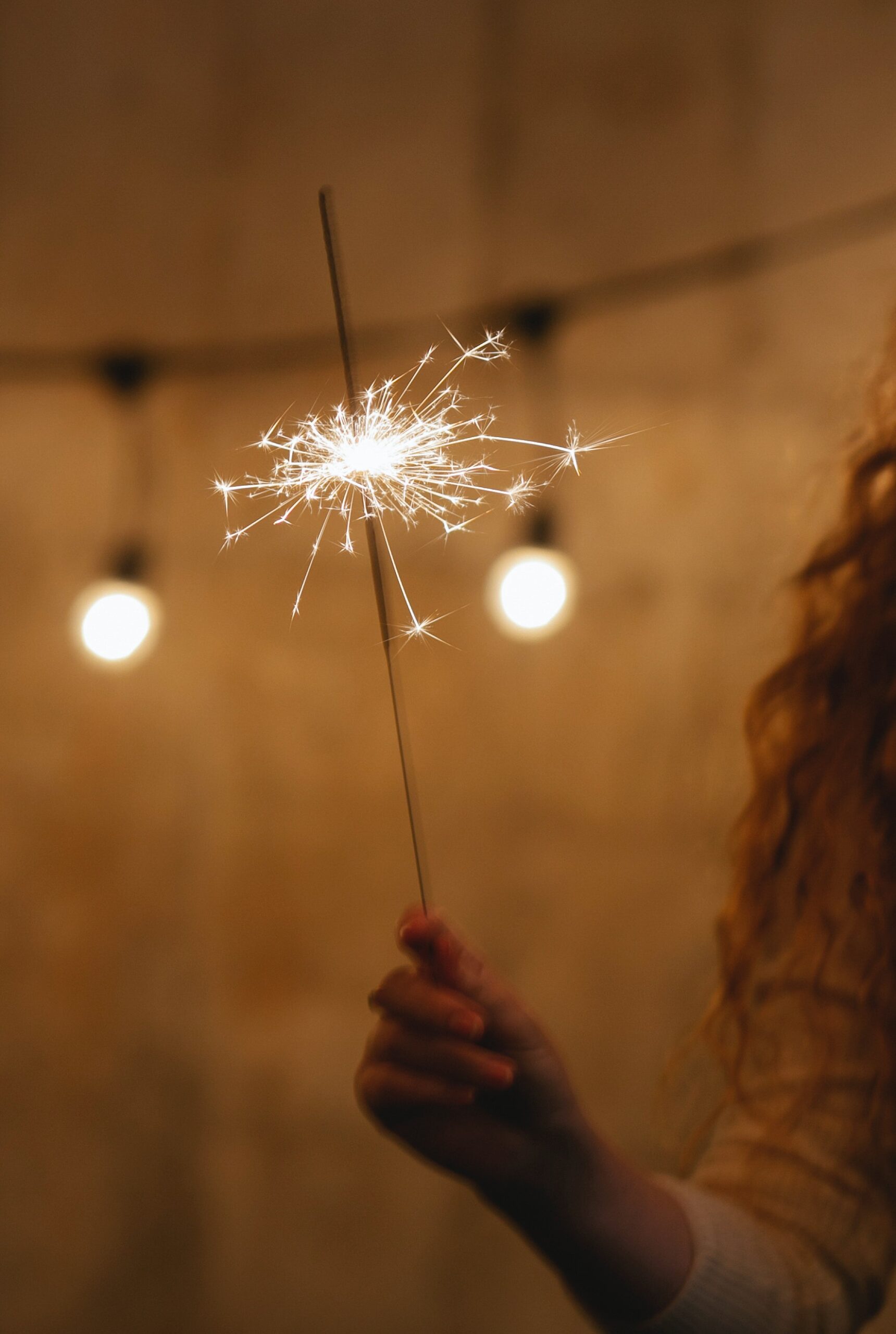 A little reflection about hot weather in summer, the need for retreat, the welcome surprise of Woods Canyon Lake, and healing power of silence. 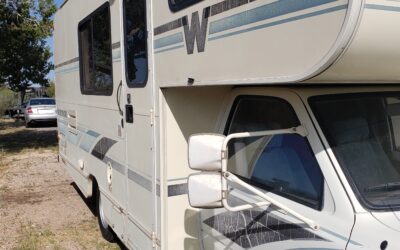 Part 1 of my first trip with Winnie the Pugh, the customary “Shakedown Trip” and some insights along with it. Enjoy! 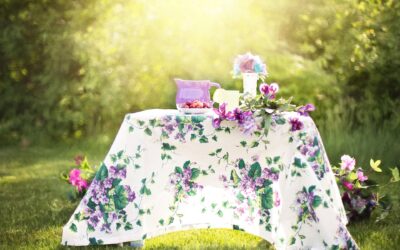 Stepping into a new season of completion and new beginnings. Finishing “The Memoir” in a new way with this Intro!

A Soldier’s Diary #1: What is our capacity for healing?

What is our capacity for healing? It is unlimited when we have Yeshua by our side! This is Entry #1 of the A Soldier’s Diary series.

This site uses Akismet to reduce spam. Learn how your comment data is processed.